You are here: Home / Books / Embrace the Darkness! Part 1.

Whether you enjoy books, comic books, movies or TV series, you can’t escape this—“darkness” is everywhere. “Dark”, “darkness”, the words that evoked fear in our ancestors are used nowadays as marketing tools. But what do we mean by “dark” when referring to a work of fiction? 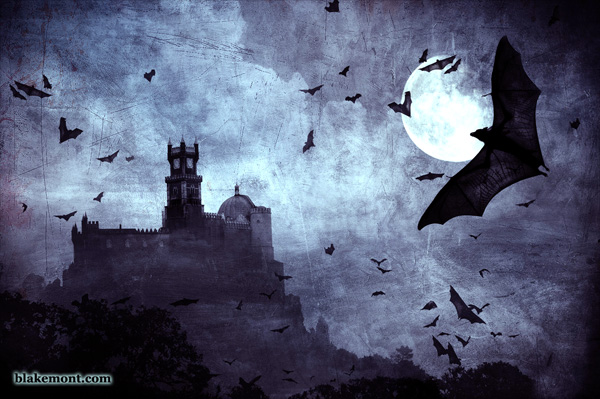 Historically, it was the 18th-century Gothic novel that transformed negative emotions such as fear or melancholy into a source of pleasure (see the Gothic Novel and The Gothic: 250 Years of Success). However, the success of this initial wave of terrifying stories was short-lived, and in the 1820s this genre gave way to a more sophisticated kind of aesthetics—the Romantic movement was on the rise.

During the 19th and the 20th centuries—roughly until the 1970s—horror fiction was little more than an underground culture, although some horror books and movies managed to achieve long-lasting popularity. For example, classic adaptations of Frankenstein by James Whale and Dracula by Tod Browning were successful in the 1930s and remain influential to the present day.

The situation changed dramatically toward the end of the 1970s, when a tsunami of darkness swept away the naïve enthusiasm of the post-war period. This impressive attack of the “dark side” operated on several fronts. In 1974 appeared the first novel by Stephen King, Carrie, and two years later Anne Rice published the first book of her famous Vampire Chronicles (Interview with the Vampire, 1976). In the 80s and the 90s, Stephen King’s popularity was nothing less than phenomenal, and some other authors writing horror fiction enjoyed considerable success.

Darkness does not necessarily equal horror, however. Science fiction and fantasy also grew darker in the 70s and the 80s. Those ugly and often ridiculous monsters who terrorized beautiful girls on the covers of pulp magazines were history—a new breed of monstrosities was about to transform science fiction. In Alien (1979), Ridley Scott created a shocking, futuristic aesthetic of fear. Blade Runner (Ridley Scott, 1982) blended science fiction with film noir, and challenged our perception of human condition in the process. The Terminator (James Cameron, 1984) and Predator (John McTiernan, 1987) introduced us to new, disturbingly realistic sorts of killing machines.

Fantasy also grew darker during that period. Far from innocent fairytales for kids, fantasy drew inspiration from its roots: myths, medieval ballads, and history itself. And God knows human history is a bloody business. Michael Moorcock’s Elric of Melniboné, for example, is not your average sword & sorcery hero. He is a sorcerer and a necromancer capable of both heroism and cruelty. Knights in shining armor are no longer fashionable. Readers crave for a different kind of protagonists: anti-heroes (Stephan R. Donaldson’s Lord Foul’s Bane, 1977), torturers (Gene Wolfe’s The Shadow of the Torturer, 1980), assassins (Robin Hobb’s Assassin’s Apprentice, 1995), and others.

Fantasy grew gritty, brutal, sometimes bleak and pessimistic. No need to insist on the influence of the Game of Thrones (this book had enough publicity already). Let’s mention a few noteworthy authors such as Steven Erikson (Malazan Book of the Fallen), Brandon Sanderson (Mistborn series), Joe Abercrombie (The First Law Trilogy), Patrick Rothfuss (The Kingkiller Chronicle), and Mark Lawrence (The Broken Empire trilogy).

Urban fantasy was not immune to the overwhelming rise of darkness neither. Although the very first urban fantasy stories were relatively light in tone (War for the Oaks by Emma Bull, Dreams Underfoot by Charles de Lint), horror quickly found its way into this subgenre, starting with Anita Blake: Vampire Hunter series by Laurell K. Hamilton, and followed by The Dresden Files by Jim Butcher. Those stories are teaming with vampires, ghouls, zombies, necromancers, and the nastiest sorts of black magic.

In your opinion, why are we craving for this sort of terrifying stories? What makes them so appealing to science fiction and fantasy readers?