You are here: Home / Archives for Kim Harrison 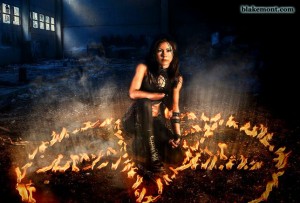 Today I start a series of blog posts about a largely misunderstood, yet hugely popular genre: urban fantasy. The Guardian recently published an interesting article titled “Urban fantasy fiction: there’s more to it than sex with were-leopards”. Provocative title, isn’t it? This is what urban fantasy writers struggle with—negative, misguided perceptions. My mission as an aficionado of the genre is to dispel those preconceptions and, I hope, bring some clarity to the matter.

What is urban fantasy?

“The numinous. The weird. The fantastic, or even the spiritual. Whatever name it goes by, humans have a profound need to glimpse some greater reality beyond our mundane existence.” In the above-mentioned article, Damien Walter nails it. Urban fantasy brings the fantastical into the mundane—this is the shortest definition of the genre one might give. In other words, urban fantasy brings mythology and lore into a modern setting. It was Dreams Underfoot, a compilation of short stories by Charles de Lint, that launched the genre in the early 90s. We will come back to the origins of urban fantasy in the next post.

Urban fantasy is a young, vibrant genre that only recently entered maturity. It’s particularly popular with teens and readers of young adult fiction, the most well-known series being Harry Potter, Twilight and The Mortal Instruments. Some would argue that Harry Potter and Twilight are not urban fantasy, but let’s not split hairs—broadly they belong to the same category.

Urban fantasy is a hybrid genre that lives at the crossroads between fantasy, horror, science fiction, hardboiled, thriller, and romance. One might say that urban fantasy is a liminal genre; it exists where the other genres meet. It lives at the frontier between the mundane and the fantastical, the natural and the supernatural, between technology and magic. Every urban fantasy story involves some supernatural beings and/or humans with magical abilities; yet it’s also rooted in reality.

Neil Gaiman’s Neverwhere is a brilliant example of this duality. In this story (novel and TV series), the protagonist discovers the existence of another, invisible London, the London Below. Every London Underground station hides a secret world that reminds us of the city’s medieval past. There is a monastery under Blackfriars, at Earl’s Court lives an actual earl with his court, and under Angel hides… well, an Angel!

Some urban fantasy series are set in the near future or an alternate reality where supernatural creatures revealed their existence to the world. In True Blood, the TV series inspired by The Southern Vampire Mysteries by Charlaine Harris, the invention of synthetic blood allowed vampires to live peacefully with humans—at least in theory. In this series, we find the usual supernatural creatures one might expect in a fantasy story: fairies, vampires, werewolves, shapeshifters, demons, etc. On the other hand, the series doesn’t shy away from real social issues: drug abuse, racism, religious fanaticism and intolerance in general.

In some urban fantasy series, the supernatural exists at the fringes of human society, and paranormal creatures coexist with humans without threatening our society. In other series, however, the supernatural threatens the very survival of our civilization. In Kate Daniels series by Ilona Andrews, for example, magic tears apart the fabric of our technological society, forcing humans to adapt. In this near-future, post-apocalyptic world, what was once considered supernatural is now part of everyday life.

As we can see already from the examples above, urban fantasy is more diverse than one might think. In the next posts, we will explore further this fascinating genre in all its diversity. 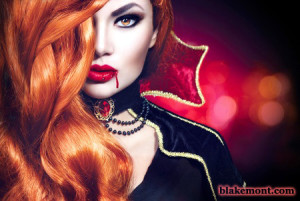 Is there a difference between urban fantasy and paranormal romance? This is a moot question. In theory those are different genres; however in reality it’s difficult to separate them. Jim Butcher’s The Dresden Files series is undoubtedly urban fantasy, while The Black Dagger Brotherhood series by J. R. Ward is usually considered as paranormal romance. But what about Mercy Thompson series by Patricia Briggs, for example? Many book series that belong to the urban fantasy genre also have romance as one of the main ingredients, but this is not always the case.

Personally I equally enjoy good urban fantasy stories with or without romance, but I have no interest in books that focus too much on romantic relationships to the detriment of storytelling, character development or world building. And I must warn you: I dislike books that describe in detail every sex scene. Don’t expect me to read and review those.

One last point before concluding this article: urban fantasy is for anyone who enjoys a good, imaginative story, irrespective of their age, gender, sexual orientation, or ethnicity. The genre is so diverse that everyone should be able to find urban fantasy books to their tastes, and yours truly is here to help!

Urban Fantasy and its Illustrious Origins

History of Urban Fantasy: Genesis of the Genre