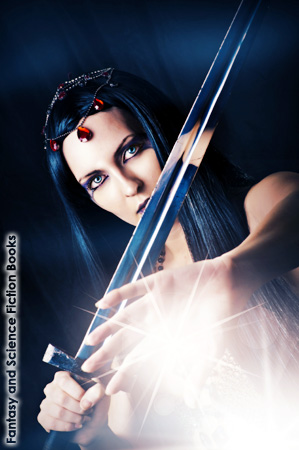 Beauty’s Kingdom by A. N. Roquelaure (Penguin). Anne Rice, writing as A. N. Roquelaure, returns to the kingdom of Queen Eleanor in this new chapter of her Sleeping Beauty series.

The Grace of Kings by Ken Liu (Saga Press). Ken Liu has won a Nebula, two Hugos, and a World Fantasy Award. Now he gives us what his fervent legion of fans has requested: a new fantasy series to savor at length.

A Crown for Cold Silver by Alex Marshall (Orbit). Five villains. One legendary general. A final quest for vengeance.

The Rebirths of Tao (Tao Series Book Three) by Wesley Chu (Watkins Media). Five years have passed since the events in The Deaths of Tao. The world is split into pro-Prophus and pro-Genjix factions, and is poised on the edge of a devastating new World War. A Gengix scientist who defects to the other side holds the key to preventing bloodshed on an almost unimaginable scale.

The Silence by Tim Lebbon (Titan). A terror-filled story of one family and their friends, as they struggle to survive in a world overrun by ravenous creatures that hunt purely by sound…

Dark Heir (Jane Yellowrock Series 9) by Faith Hunter (Penguin). Shapeshifting skinwalker Jane Yellowrock is the best in the business when it comes to slaying vampires. But her latest fanged foe may be above her pay grade…

The Unremembered (The Vault of Heaven Book One, Special edition) by Peter Orullian (Tom Doherty Associates). In anticipation of the second volume in Orullian’s epic series, Tor are choosing to relaunch a title with an author’s definitive edition. In addition to updates to the original text, they are also including an exclusive short story set in the world of Vault of Heaven as well as a sneak preview of the sequel, Trial of Intentions, and a glossary to the universe.

Jinn and Juice by Nicole Peeler (Orbit). Meet Lyla: Jinn, belly dancer, and the hottest new urban fantasy heroine in town. To escape an arranged marriage, a jinni granted Lyla her wish: to live a thousand years as a jinni herself.